What Is Burning An NFT? A Complete Guide And Explanation

A non-fungible token (NFT) can be "burned" rather than "erased." Once an NFT is printed or uploaded to the network, it is deemed immutable, which means it will remain on the blockchain in eternity. So, is it feasible to get rid of NFTs?

An NFT is kept on the blockchain, which is a peer-to-peer database where all users can see who owns it. This feature guarantees that the ownership of addresses is correct. The blockchain architecture was designed so that all transactions on the blockchain can be observed and confirmed by all users. This makes changing the data (or blocks) on the blockchain impossible.

It is not possible to "delete" an NFT due to the structure of the blockchain; however, it is possible to "burn" an NFT by sending it to an address that no one controls. While NFT will remain on the blockchain, it will be inaccessible and will therefore be considered "burned" or withdrawn from circulation.

How Do I Burn an NFT?

Non-fungible tokens (NFTs) cannot be deleted after they are minted on the blockchain; however, if an NFT is sent to an address that is unreachable by anyone, its ability to be found in the marketplace may be taken away.
To burn an NFT, simply send it to a black hole wallet address (for example, 0x000...). NFT will remain on the blockchain but will no longer be accessible.

0x000... is the most commonly used black hole address where people send cryptocurrencies as well as NFTs. This will essentially “eliminate” the digital asset, although it will incur some transaction fees.
While the typical user is unlikely to join in an NFT burning, huge crypto-based corporations may. Crypto companies may decide to burn NFTs or cryptocurrencies in order to modify the quantity accessible to the open market. Reducing the supply of an NFT "line" or a coin raises the price of demand owing to scarcity.

This system is especially used by creators with large communities. The existing nft is reduced by burning, thus allowing the price to rise. 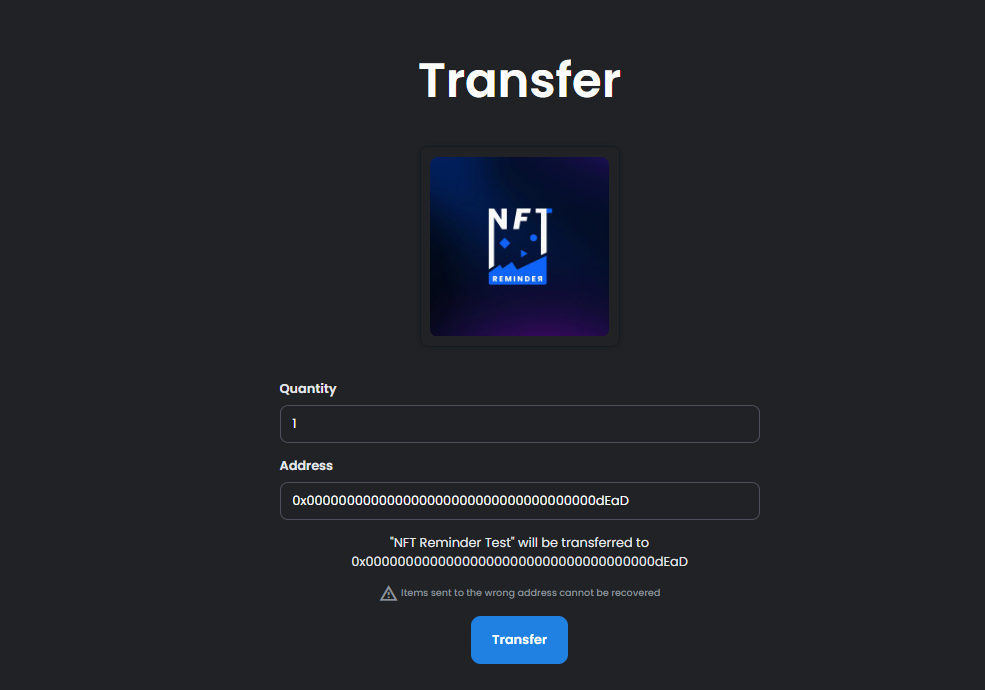 What Is an NFT Burn Address?

Cost of Burning an NFT

Burning your NFT is simple, and it costs about $10 on average. Since burning an unalterable NFT is a transaction, you must pay a transaction (gas) cost. This fee changes and is determined by the current supply and demand on the blockchain. An NFT typically costs $1-20 to burn.

Generally, a token burning occurs in the following order:

The purpose of burning NFT is to benefit both developers and investors. In most circumstances, burning NFTs increases the value of the NFTs while decreasing the increasing supply. Because of this apparent openness, investors are encouraged to safeguard their NFTs, so generating value, rather than seeking to sell them at reduced prices.

NFT Reminder
https://discord.com/invite/nftreminder
Join Discord
NFT Reminder
https://twitter.com/nftreminder
Join Twitter
NFT Burn Non-Fungible Token Burn What is NFT Burn Burning NFT
9 0
Latest Articles
How NFT and DAO Work Together
Epic Games Listed Its First NFT Game!
Yuga Labs Will Release The New Collection By The End Of The Year!
OpenSea NFT Volume Drops 99 Percent!
MoonBirds Announces NFT Events and Updates!
OpenSea Announces Ethereum PoS NFT Support!
Ways to Invest in the Metaverse World!
Atletico Madrid Enters Web3 with STEPN!
Phantom Announces Burn NFT Feature to Prevent Fraud!
The Number of Employees in the Blockchain Industry is experiencing a Great Increase!
Bank of England: “Crypto Assets are important to the Metaverse!"
Real Madrid and Barcelona Form a Partnership for Crypto and Metaverse!
OpenSea Updated its Policy after the Public Pressure!
An Introduction to NFT: What Should You Know
Leading Industries Using NFT and Metaverse
What is BNB (Binance) Coin?
Tiffany & Co. will produce special pendants for CryptoPunk NFT holders
Vitalik Buterin Makes Statements about Metaverse
ApeCoin DAO will Provide $150,000 in Funding for Its New Site
University of Tokyo Announces Metaverse Course!
Ledger Sells NFT, Top OpenSea Project
Steve Aoki NFTs Coming to the Metaverse Universe!
With a Film Series, Meta Will Tell the World About the Metaverse
FIFA is Getting Ready for the Metaverse!
Patrick Hughes, an artist, has announced the launch of his NFT Collection!
Fundraising for the Metaverse Initiative by AMGI Studios!
KIA Announces New NFT Project!
OpenSea Announces Solana Launchpad Feature!
Yuga Labs Warns Users of an NFT Attack
What Is Burning An NFT? A Complete Guide And Explanation
"Featured Tab" is added to OpenSea profiles
How will the future of NFT affect industries?
CryptoPunks NFT Sold for $2.6 Million
Creating Your First NFT: A Beginner's Guide to Minting NFTs
Reddit introduced an avatar-focused NFT marketplace.
Cristiano Ronaldo signed with Binance to launch a collection of NFTs
Solana Labs launches Saga, a new smartphone designed with Blockchain technology for Web3
eBay Announces That It Has Acquired NFT Marketplace, KnownOrigin
South Korea Bans Terra’s Developers from Leaving the Country
Binance Will Not Support Litecoin Deposits and Withdrawals That Use MimbleWimble Extension
SEC is Investigating Binance for Its Token BNB
Ryoshi, Founder of Shiba Inu, Deletes All His Tweets and Blog Posts
Terra 2.0 is Almost Here: FTX, Binance and Other Exchanges Support the Terra Airdrop
NFTs 101: Understanding NFTs
Pantera Capital and Delphi Digital Speak Up About the Collapse of LUNA